Bret's siblings and their hatred and jealousy of him I know this is from Bret's perspective, and in , I can imagine he was bitter, but there are no accounts which are contrary to Bret's view on his siblings. The end of Bret's career combined with his confusion and never-say-die attitude. He persisted through vast adversity, but in the end, was broken. Moreover, the disrespect that was given to him by Shawn and Vince after the Screwjob where he wasn't able to defend himself.

The incredibly toxic nature of Professional Wrestling in the 80's and 90's. I have little doubt that the atmosphere of the industry, and the ridiculous demand placed on the wrestlers, led to many premature deaths.


Vince McMahon's attitude towards the majority of his staff; from Bret's perspective, Vince viewed them as simple assets that were expendable at any time. He didn't appear to care much for their well-being. If they couldn't make a dollar for the business, that was the end of them. I'm glad HBK was able to turn his life around; because who knows, maybe death was waiting for him if he continued on his path. He would have joined a long list of wrestlers taken too soon.

My Real Life in the Cartoon World of Wrestling

I only wish that they had the same opportunities that he did to repair their lives. I imagine some did, such as Davey Boy Smith, but sadly, their vices were too much to overcome. I understand that Bret has since made peace with Vince and Shawn since his book has been published. What about his siblings? Has he buried the hatchet with them? Just thought I'd share some of my thoughts and feelings on the book. I'm certain I haven't done the autobiography enough justice with what I have written, so please feel free to contribute with your thoughts or any disagreements with what I have said.

However, I do believe he did what he could to rise above the toxic industry. I wasn't aware of the details of his marriage prior to reading the book, but it wasn't much of a surprise to learn of his cheating. At times, I did find that he attempted to justify his actions simply put, it was either cheating or drowning in alcohol or drugs- still didn't make it right though! I suppose from his perspective, he did what he could with the hand he was dealt in life. I think he believed that he worked for his family, but ultimately, he freely chose to place himself in places that weren't supportive of his marriage i.

I'm not sitting here and judging him for his actions as I have never walked in his shoes; what he did was clearly wrong, but I respect the man for owning up to his actions. I live in Calgary and spent some time around the Hart family when I dated one of Bret's nieces, intimidating as it was for a wrestling fan to be walking into the Hart home a lot of that mystique and intrigue is taken away when the family spends all of their time reminiscing on the families golden years which then, without fail, turns into an all out anti McMahon rant by everyone in the room.

I won't say which one, but one of the Hart brothers spent a good 2 hours bitching to me about how Vince McMahon didnt have time to stop and spend 10 minutes chatting during wrestlemania a few years ago, even then I thought "I dont know anything about the backstage of WWE, but Im smart enough to know that Vince doesn't have 10 minutes for anyone during wrestlemania".

The only good thing remaining in that family would be Nattie and TJ, people say the Hart's are batshit crazy and they're not wrong, this family is living off the success they had in the 90s and the tank has clearly been on empty for a few years Edit: Funny story, DH once wanted to murder me because in response to him calling me small Im not a small guy either I made a joke that his size isn't fair and that the only reason he's so big is because there's a good chance even his dad's semen was on steroids.

That actually sounds exactly like the way Bret described some of his family in his book especially Bruce. I met Bruce at a gym in Calgary when I was going to University there. Made the mistake of going up and asking about wrestling.


Within two minutes he referred to Vince McMahon as a "faggot" and I realized that this was a conversation I needed out of. Was this before or after he asked for a discount on 2 Flames hats that were already on sale buy one get one free? I met Torrin Bruce's son once here in BC and he seemed to be pretty level headed. He really wanted to get into wrestling despite his small size under lbs and is apparently an assistant trainer at his dad's school. I believe all of this without any problems.

The Harts are basically a more bitter and oblivious version of the Bluth's, just sitting around wishing for the days they owned a successful wrestling company and had a major world champion for a family member. Smith seemed halfway-decent in the TIJ podcast, you could tell he was a Hart though. Anything about him that might change my opinion? The whole story is pretty bizarre. I don't doubt that most of them are jerks but you're going to have to give some more context to the DH thing because I can understand how insulting someone's deceased father would piss them off even if he was being kind of a dick to begin with.

His "fun story" "joke" involved someone's dead father, their sexual body fluid, and a drug many think may have contributed to their death. Yeah I feel like his response to Smith was an overreaction if all he was doing was giving him shit about being small. DH is a typical bully, I hate to use this as a description but he's basically the physical embodiment of the red pill.

He wasn't calling me small in a teasing, affectionate way, he was doing it in more of a "hey Im a dick, whatre you going to do about me pushing you around, huh?

I actually know Harry too or knew him, at least at one point and that doesn't sound like him at all. Then again, if you remember he's saying it to the type of guy that thinks it's fun to mock his father's use of a substance that eventually killed him, yeah Bruce is always trying to get himself over. In Terry Funk's retirement match vs Bret he keeps pulling heel shit on the outside and you can tell both Bret and Terry are just confused as to why he's doing it.

You never dated a "niece" you piece of shit and if you knew the harts you wold know why I say this asshole. And the Harts rarely talk about wrestling you dumb fuck and they like and respect Vince McMahon you piece of utter trash. Boo Dallas! Hes been pretty busy in the short time hes been posting. Reading his history makes me feel pretty good about myself. This was years ago now but if a mod wants proof I'm more than happy to provide what limited proof I have :. I also used to make deliveries to Bret's house while I was working for Fedex, which I can also prove at the mods request!

It's a really good read. That, along with Have A Nice Day by Mick Foley, are two of the best autobiographies not just wrestling autobiographies, but autobiographies period I've ever read. Jericho's are in that top tier as well, in my opinion. These are the three great biography writers of wrestling, most everyone else phoned it in with their ghost writer or at best did a decent run down of their career with some amusing insight, but not really letting us all the way in like Foley did Flair, Hogan, Angle, Rock, Austin.

Surprisingly I would add Hardcore Holly's book in the list of great ones as well. He gives great insight into being a lower card wrestler which isn't talked about as much and doesn't sugar coat anything. Just do ished rereading it again, well of course it's biased, Bob doesn't sugar coat that he is a bit of an asshole IRL.

It's the best non main eventer book. I actually interviewed Bob for Fighting Spirit Magazine a few months back, and I have to say he's extremely friendly. Came off especially grateful and was very helpful when I needed clarification.

I'm sure the mileage of others will vary, but I found him to be a good soul. Oh yeah definitely. He's a no BS kinda guy. 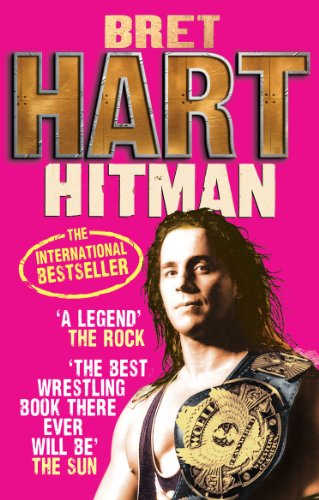 Punk is in the same category but he was never a shut up and do your job kinda guy. I feel like all the stories about him punking out the Kliq and standing up to Nash and way over exaggerated. I wouldn't say exaggerated, I'd say overly detailed. Really pointing out a certain thing so the reader see's that part more.

However people forget he was a legitimate amateur wrestler, literally fighting in his dad's territory. He's definitely not a punk. If he really was the badass scaring off Nash and HBK why is this only mentioned in his own book? It's not like there's no shoots or books about that period but only Holly's book tells these tales about how badass he was. I've gotta check all these out. Been getting into wrestling biographies lately.